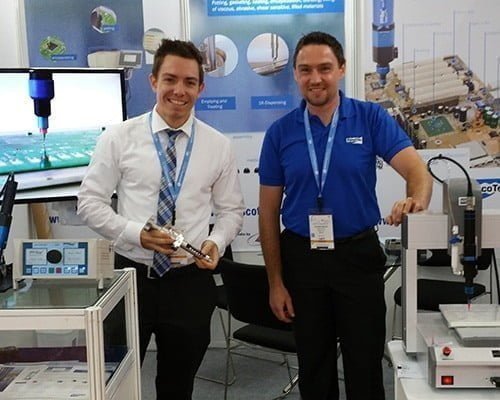 Support from ViscoTec Germany on the Productronica in New Delhi: Wolfgang Merklein and André Scheidt

On round about 15.000 m² in three halls 352 exhibitors (634 companies) presented their products. With 15.435 the number of visitors has increased by 32 % from the previous edition. Most of the visitors were out of the automotive sector and the general industry.

„In conclusion of the exhibition we can say that India still needs a few years of development to become a core market in the industrial sector, but the result for ViscoTec were already a few really interesting contacts.“ says André Scheidt.