Bonding of inserts in the aerospace industry

According to the latest results of a study carried out by Staufen AG and BDLI, which were also presented at this year’s Paris Air Show, the German aerospace industry defends its advantage well in international competition. 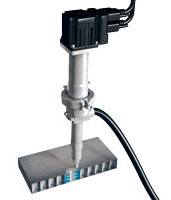 However, in order to remain competitive in the future, certain production processes must be continuously optimized. ViscoTec also contributes to part of this optimization: ViscoTec has realized automated insert potting, also known as insert bonding.

Threaded inserts are used in lightweight sandwich panels in the aerospace industry. After positioning, the bonding process will be accomplished. These can then be used to screw the panels together or fasten various components. The number of such inserts in a satellite, for example, is several thousand.

The current process can be described as follows: Holes are drilled into the panels, into which the inserts are then placed manually. Using a cartridge, the insert is then filled by a worker – also manually – through one of the two holes. As soon as material emerges from the vent hole, the operator stops the material discharge.

With ViscoTec dispensing technology, the filling process can be mapped automatically. The dispensing is carried out with absolute precision, which means that a significant amount of material can be saved. In addition, material can be supplied from large containers, which in turn lowers purchase prices. Another important advantage: As a rule, there are no new specifications because no changes are made to the actual process. 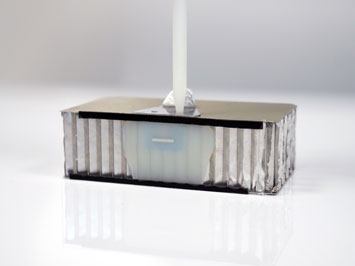 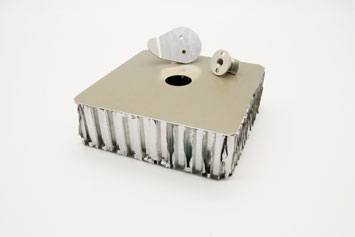 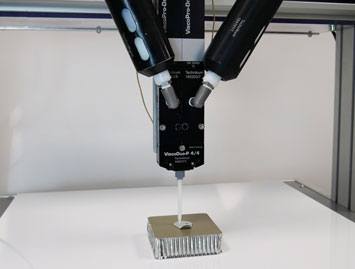 Either a precisely defined quantity can be automatically introduced, or the dispensing quantity is carried out individually, for example with the aid of a camera system. The system detects as soon as material emerges from the vent hole and immediately transmits a stop signal to the dispensing unit. ViscoTec is specialized in solving difficult applications. Perfect solutions are created in close cooperation with customers and machine integrators.

The advantages of automated insert potting or insert bonding are also explained in the test video – see for yourself:

Further information on dispensing applications in the aerospace industry can be found on the ViscoTec website here.